Breast cancer, a major health risk for women, is the focus of research at the Shanghai Cancer Center, where Dr Shao Zhimin and his team for the past 10 years have been exploring genetic origins of the disease and seeking to improve treatments.

In China, about 300,000 people are diagnosed with the most common form of cancer among women. 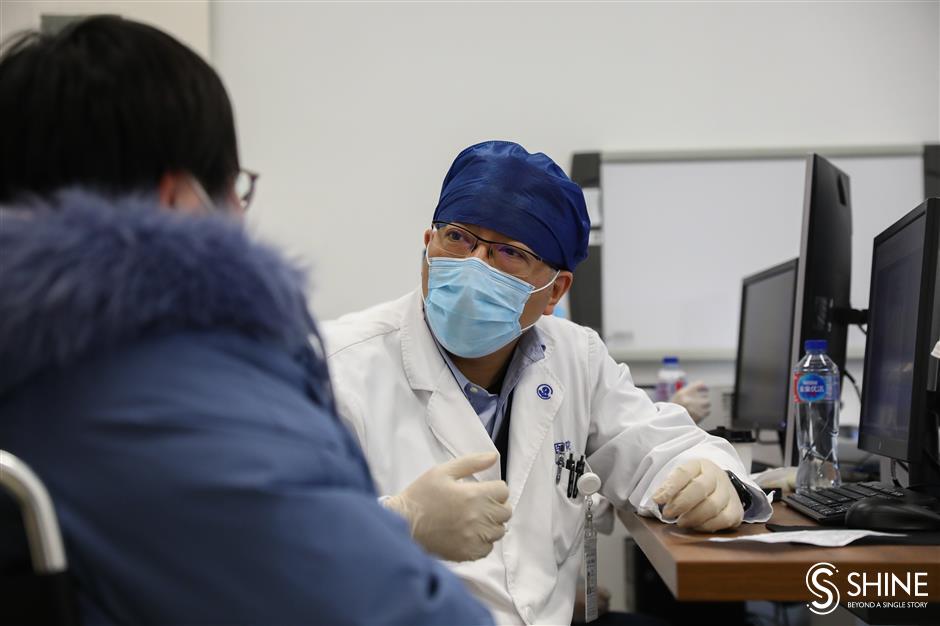 The incidence in Shanghai is 80 cases for every 100,000 women, about the highest in the nation.

Currently there’s limited effective targeted therapy for that strain outside of chemotherapy.

More women are now aware of the risks of breast cancer, aided by the stories of celebrities like actress Angelina Jolie who have had breasts and ovaries removed because of genetic predisposition to the disease.

The Shanghai Cancer Center is one of the best in the nation in breast cancer treatment, with its five-year survival rate above 90 percent. 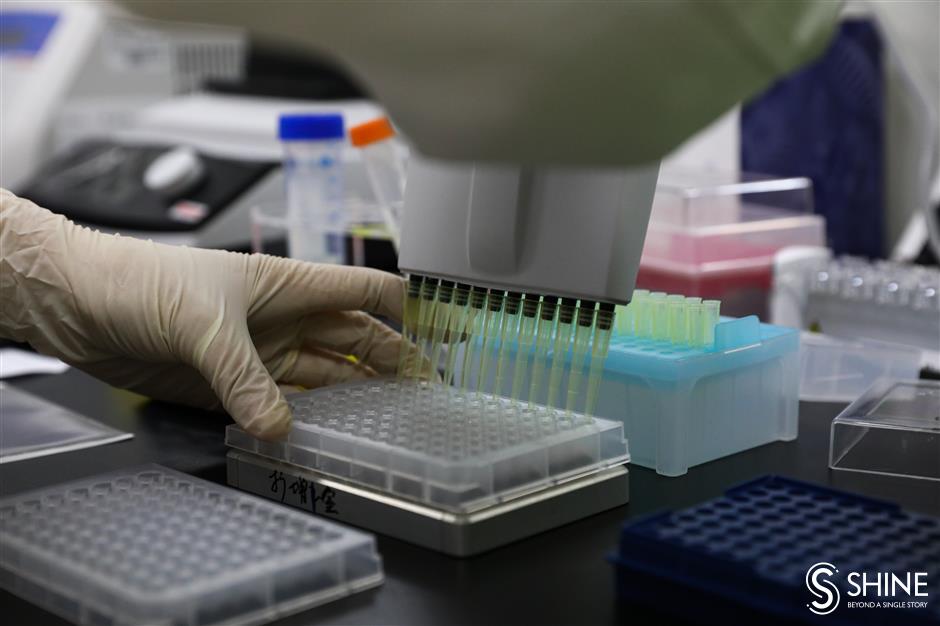 When it began its work, Shao’s team first focused on improving chemotherapy treatment. Later, the team began work dividing triple-negative breast tumors into different categories, based on genomes, proteins and other molecular features.

About 5 percent of breast cancers in China are caused by inherent genetic mutations.

His team completed China’s first breast cancer genome, based on 1,000 patients, in 2019.

The publication of their research had an international impact. Some 484 genes related to individualized treatment of breast cancer were selected, and a database of cancer tissue, blood samples and pathological information was created.

“We will conduct precise tests for each patient to find out which targets we can use to undertake personalized treatment,” said Shao. “We encountered a lot of difficulties in the analysis of bioinformatics, and spent considerable financial resources to carry out such analysis. We are satisfied that all our efforts will benefit patients.”

Looking ahead, Shao said he hopes to accelerate research toward the goal of achieving an accurate classification of triple-negative tumors.

“We seek to prolong the survival rate of our patients,” he said. “The most important thing is to prevent it from recurring.” 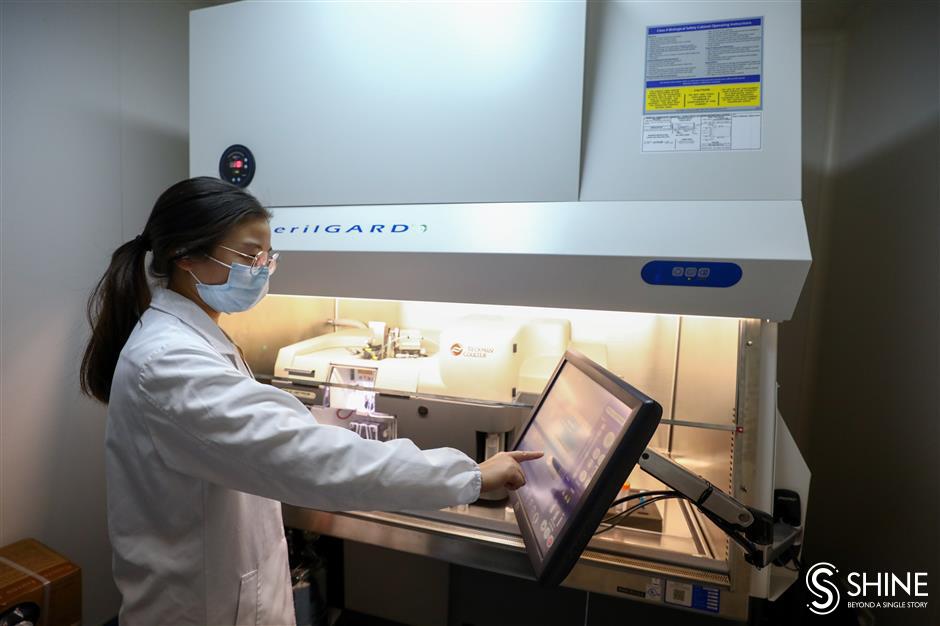 Shao said the center is a pioneer in terms of management of precise testing.

“Such a testing platform could be less expensive and more quality-assured than other platforms,” said Shao. “Combining some of our own data, the results can also be applied to precise and immediate treatment of patients.”

For example, the testing report provided by the center may indicate a patient’s genetic mutations of breast tumors and whether they are pathogenic, making it easier to choose treatment. 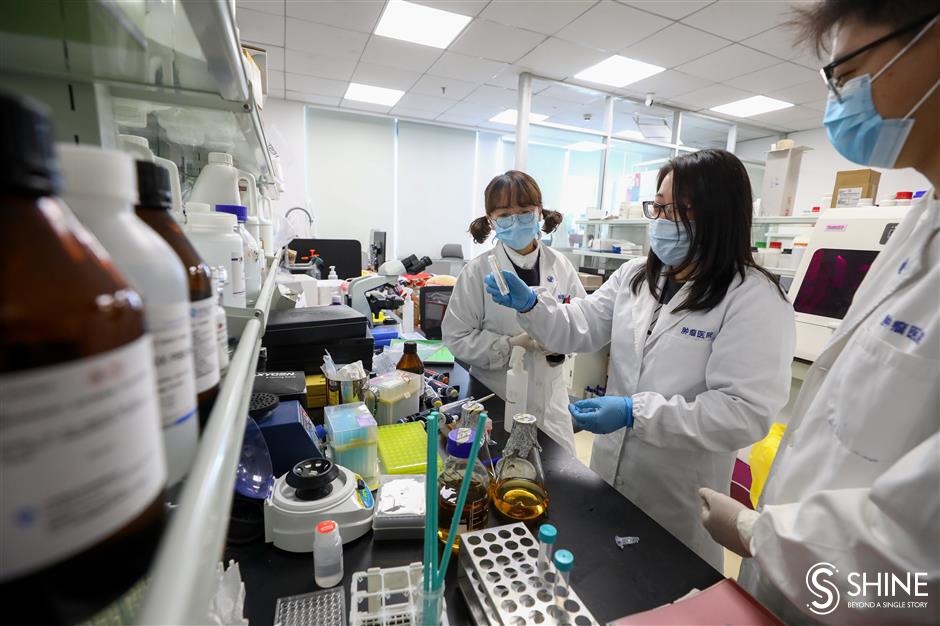 Researchers are in the middle of an biological experiment at the Precision Cancer Medicine Center, Shanghai Cancer Center.

A new multidisciplinary outpatient clinic opened at the hospital’s east branch in Pudong last September, providing patients one-stop diagnosis and treatment services. Evaluations are based on input from a team of doctors drawn from disciplines such as in surgery, pathology, internal medicine, radiotherapy and chemotherapy.

“A large number of patients are treated based on past experience,” said Shao. “The multidisciplinary outpatient clinic is a platform based on actual clinical trials with strictly pre-designed plans.”

Among those who are hoping to benefit from the service is Liu Nan from Anhui Province. She was diagnosed with triple-positive breast cancer at a local hospital at the age of 26.

Liu, who was very self-aware about breast health, first noticed lumps in her right breast in January 2019. When talking with an administration worker, she admitted she has suffered from emotional problems.

After surgery to remove the tumors, she was diagnosed with cancer metastasis to the lymph nodes last December.

“That’s why my husband and I decided to come to Shanghai and see Dr Shao’s team,” said Liu.

She signed up for the multidisciplinary outpatient services online and is confident she can fight the disease.

“Having multiple disciplines together treating me gives me hope and strength,” she said. 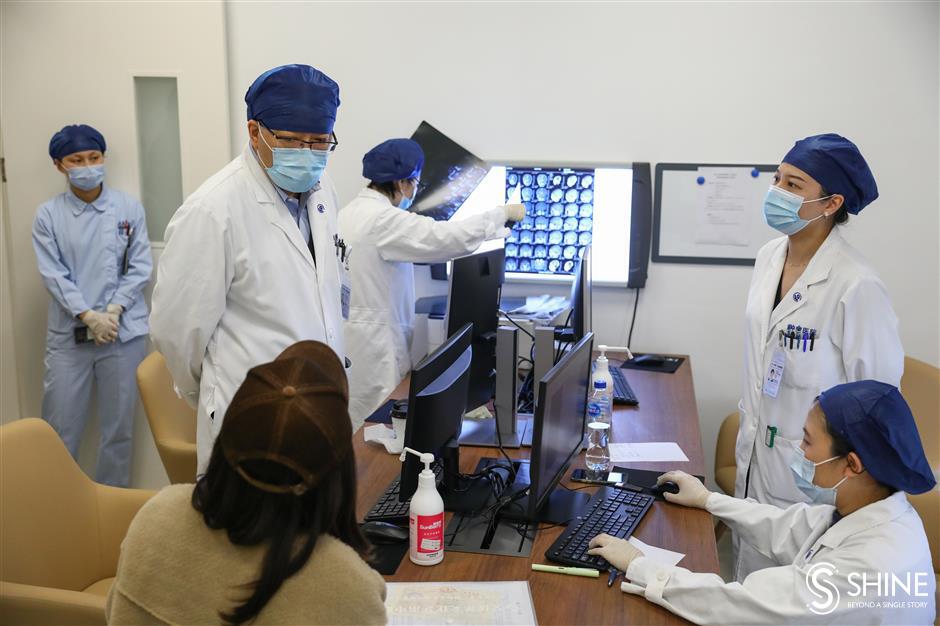 Dr Shao's team diagnoses with a patient at the hospital's multidisciplinary outpatient clinic in Pudong.